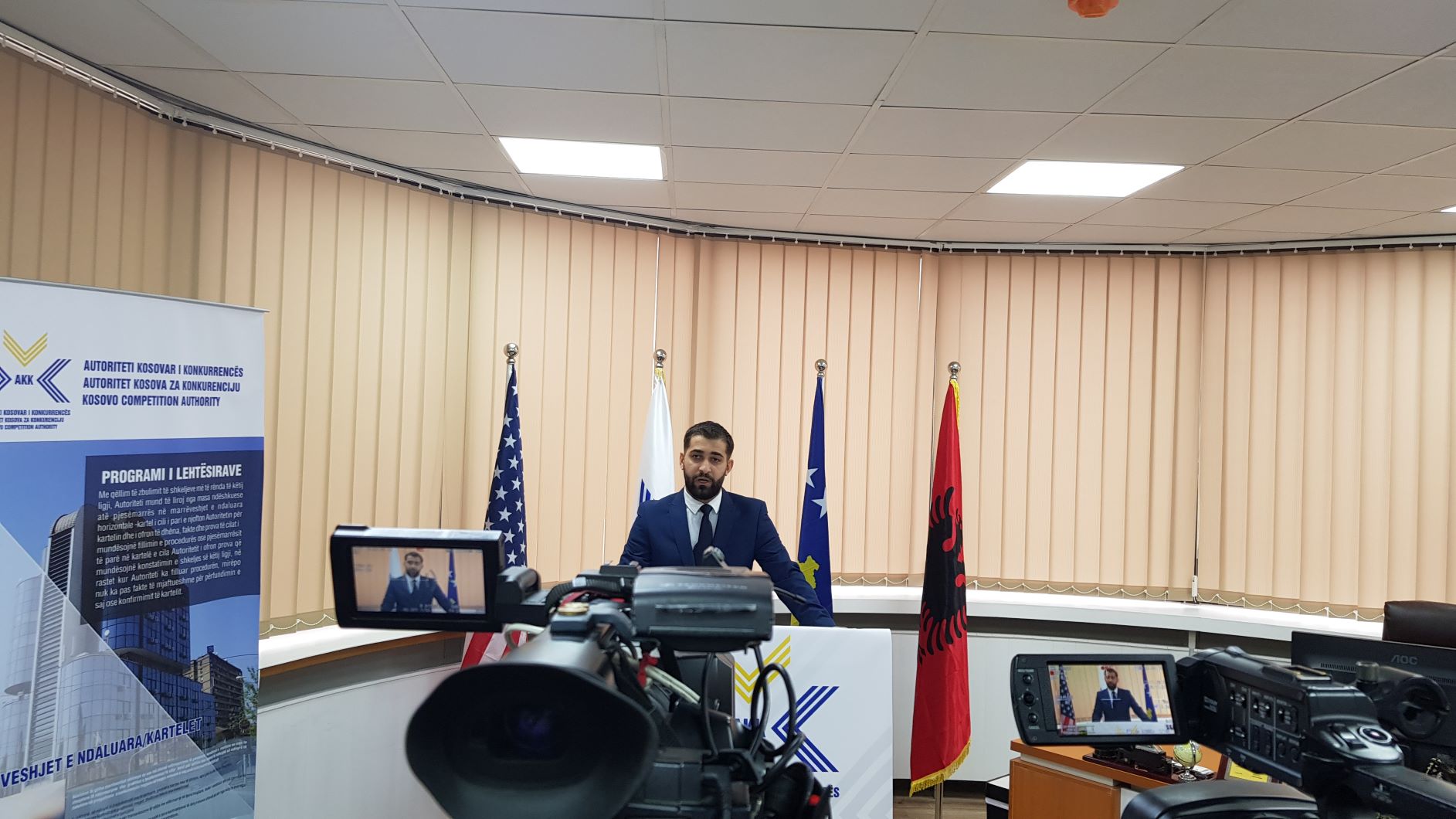 The President of the Kosovo Competition Authority, Valon Prestreshi, held a press conference on Friday, where he revealed the findings of an investigation that KCA is conducting regarding the prices of oil derivatives for the last two months of 2018. Prestreshi has said that the investigation of KCA - which started in early 2019 - was triggered as it is suspected that the retail operators of these fuels had not reflected individually when setting prices during November and December 2018 , when the price in the Kosovo market had remained the same despite the fall in the price on the international stock exchange. "Therefore, the investigation of KCA is being conducted to see if we are dealing with any anti-competitive action by market operators, or more specifically, if there has been any abuse of a dominant position or agreements prohibited by laws governing it. competition in Kosovo, ”said Prestreshi. According to him, initially, the Kosovo Competition Authority has conducted a preliminary investigation, which means collecting data from responsible authorities such as Customs, Ministry of Trade and Industry, TAK and interviewing operators operating in the oil market in Kosovo. . Whereas, on February 15 of this year, KCA has started the investigative procedure against these companies to clear all suspicions regarding any eventual violation, he said. Prestreshi said that based on the Statement of Preliminary Facts ascertained during the investigation procedure, it is suspected that the companies that operate with retail sale of fuels have not individually reflected on the selling price and gross profit for November and December 2018. " This means that companies that do retail oil are suspected to have had a profit of about 9% during January-October 2018, while profit in November was an average of 60%. In December, the average profit was 124%, "said Prestreshi. According to him, the same doubts exist regarding the retail sale of gasoline. More specifically, while the profit for the period January-October 2018 was 12%, in November it was 108% and in December 135%, said Prestreshi. "However, a final decision on this will be taken only after the deadline for submission of comments by all operators. This deadline is one month ", said Prestreshi.