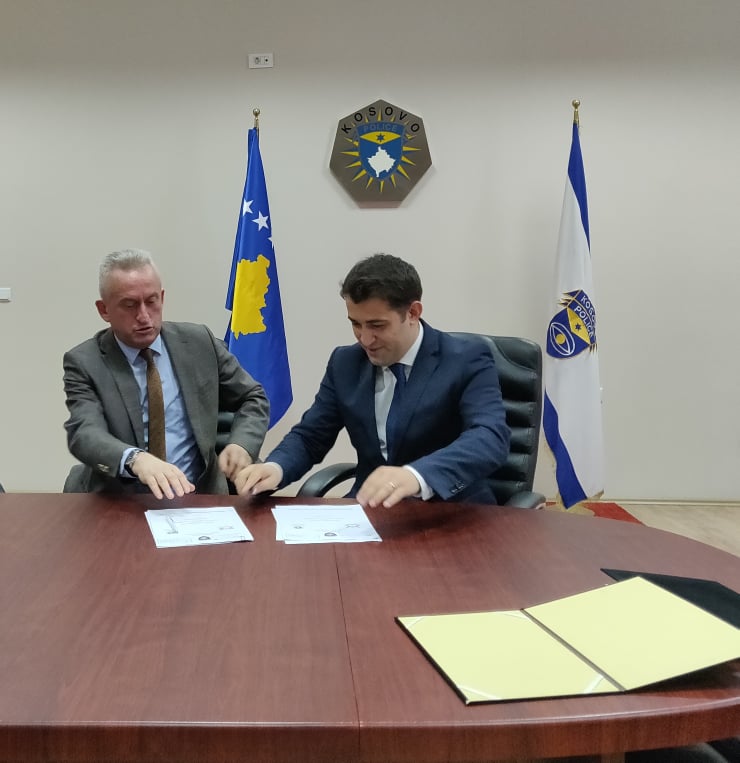 Competition Authority Chairman Valon Prestreshi and Kosovo Police Director General Rashit Qalaj signed a memorandum of understanding Firday between the two institutions, aiming t intensifying coordination between the parties in addressing potential competition infregemant
This important document foresees cooperation between the parties in various fields, including information sharing, coordination of activities, training and awareness raising, and more.
But one of the highlights of this memorandum is about co-operating in conducting unannounced inspection (or what is widely known  "dawn raids") on undertakings suspected of competition infregemant.
This means that the Kosovo Competition Authority officials will require authorization from the competent court to enter without notice or special permission to the facilities and properties of the suspected undertakings, and may require assistance from Kosovo Police officers in specific cases.
KCA President Valon Prestreshi welcomed the signing of this document, which, according to him, creates additional opportunities for the Authority to prevent any possible breach of competition in Kosovo.
He thanked the Director of Police for his willingness to sign this important document.
On the other hand, Director Qalaj emphasized that the Kosovo Police remains committed to assisting all institutions of the country to carry out their mission as defined by applicable laws. According to him, this memorandum will facilitate communication and cooperation between the two parties.