Memorandum of Understanding and Cooperation between KCA and ERO 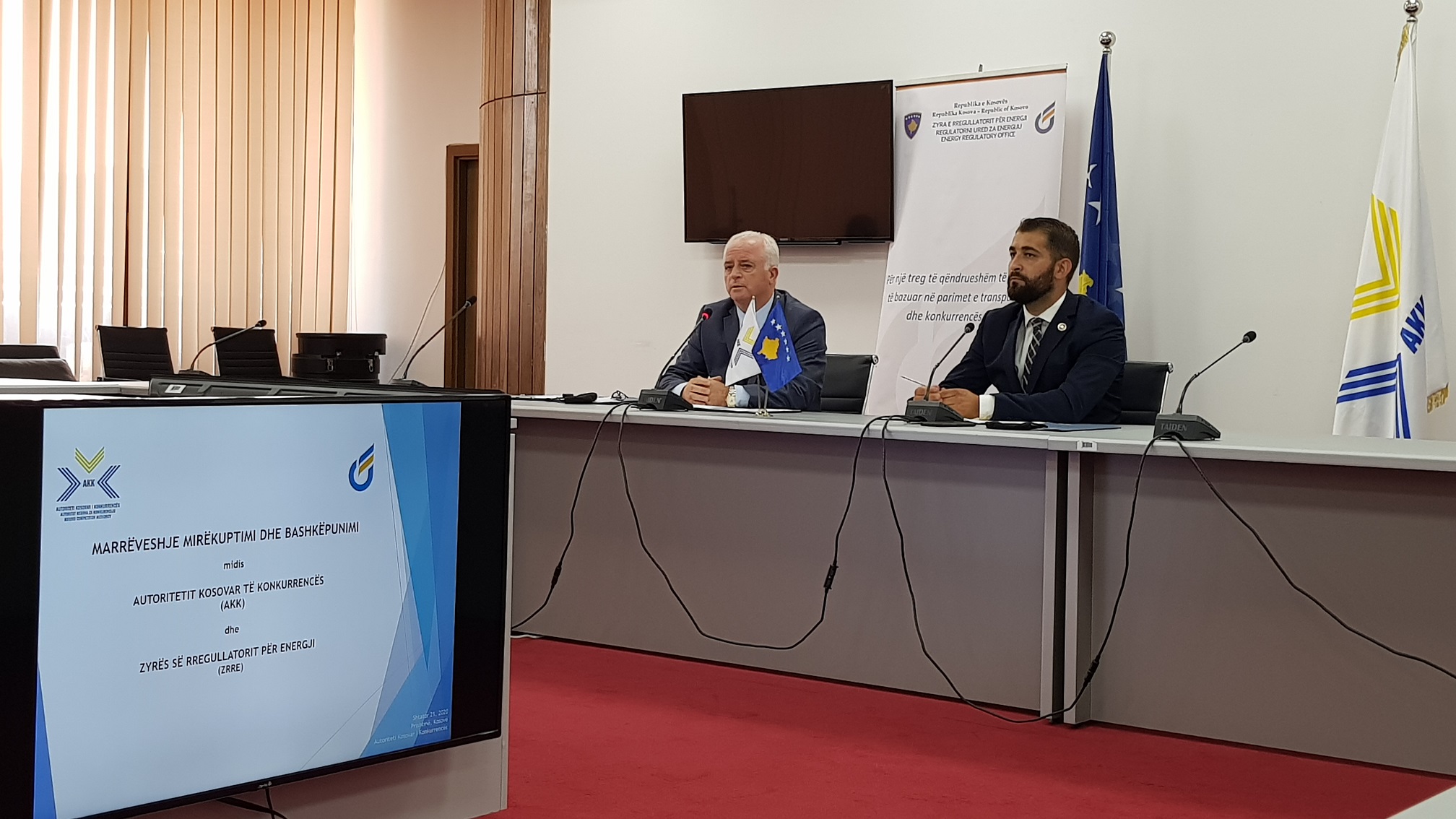 The President of the Kosovo Competition Authority, Valon Prestreshi, met on Monday with the Acting Chairman of the Board of the Energy Regulatory Office, Mr. Arsim Janova, with whom they have signed an Agreement of Understanding and Cooperation between the two institutions.

The signed agreement aims to create concrete mechanisms and platforms of cooperation between the two parties towards the creation of a sustainable energy market in Kosovo, based on the principles of transparency and free competition.

Also, one of the points of the Agreement for Economic Normalization signed between the Government of the Republic of Kosovo and that of Serbia in Washington, is that both parties will diversify their energy supply and in light of this commitment, the relevant institutions of the Republic of "Kosovo, as we are, is preparing for the form and manner of implementation of this point, in close consultation with the Government of Kosovo," he said at the conference.

On the other hand, the Acting Chairman of the Board of the Energy Regulatory Office, Arsim Janova, said that he welcomed the signing of this agreement with the KCA.

According to him, ERO and the Competition Authority have enjoyed good cooperation so far, but the agreement in question will intensify joint actions towards creating a stable and competitive energy market in Kosovo.