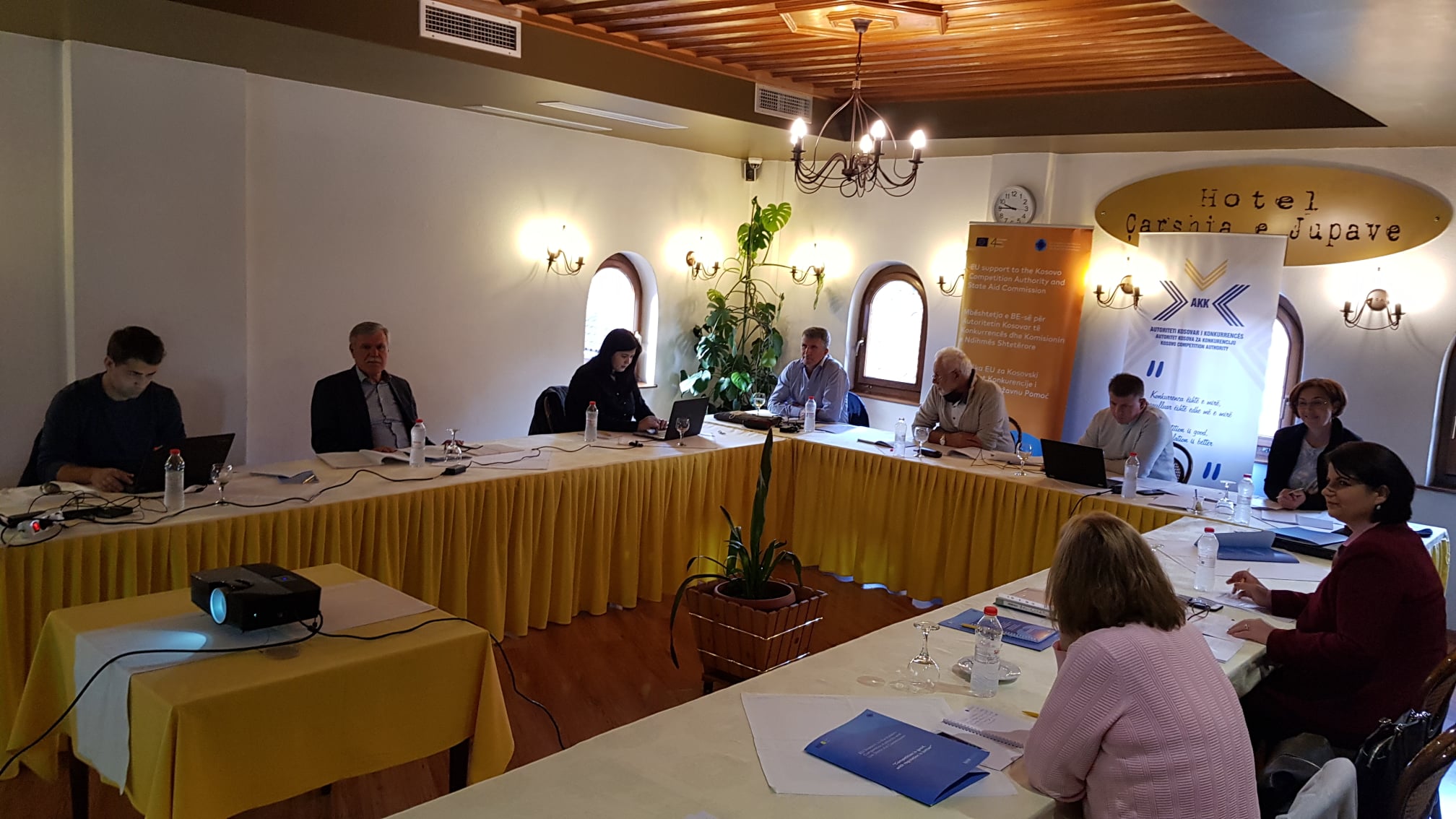 Competition Authority officials are participating in a three-day workshop in Gjakova to continue work on drafting a new Law on Protection of Competition.

During this workshop, the Working Group composed of officials from the Ministry of Trade and Industry, will draft Tables of Compliance of primary legislation in the field of competition with EU standards.

The workshop was organized by the Project "EU Support to the Kosovo Competition Authority and the State Aid Commission" at the request of the Ministry of Trade and Industry.

Earlier in the year, other activities were held to draft the new Law.

This legislation was supplemented in 2014 in order to enable more power to the KCA.