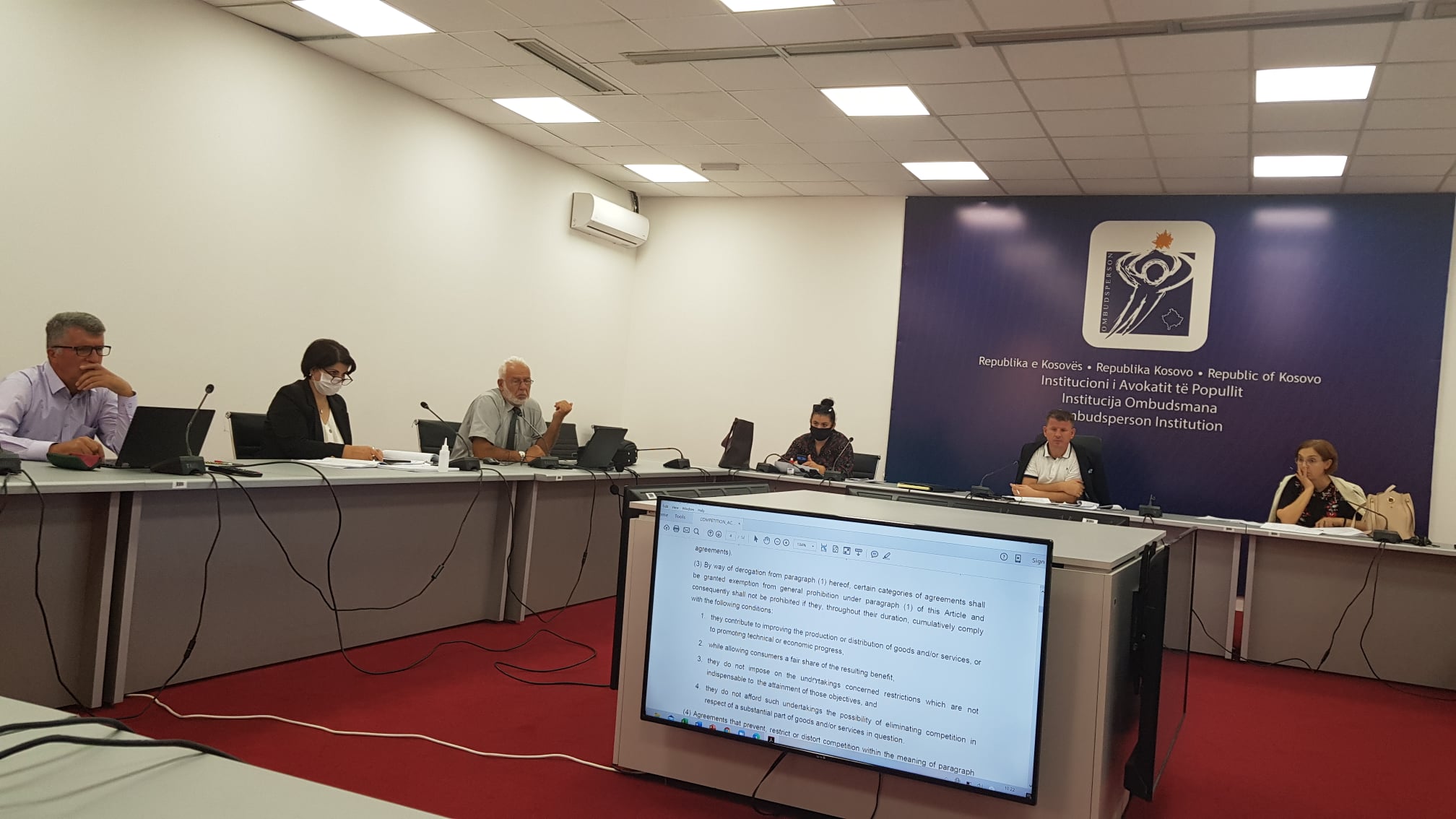 This meeting served to analyze the proposed amendments to the law, which were presented by international experts engaged by the Project "EU Support to the Kosovo Competition Authority and the State Aid Commission" in July this year.

The new Law on Protection of Competition is being drafted in full compliance with the Acquis of the European Union.

This legislation was supplemented in 2014 in order to enable more power to the KCA.